MBS for peace, not war 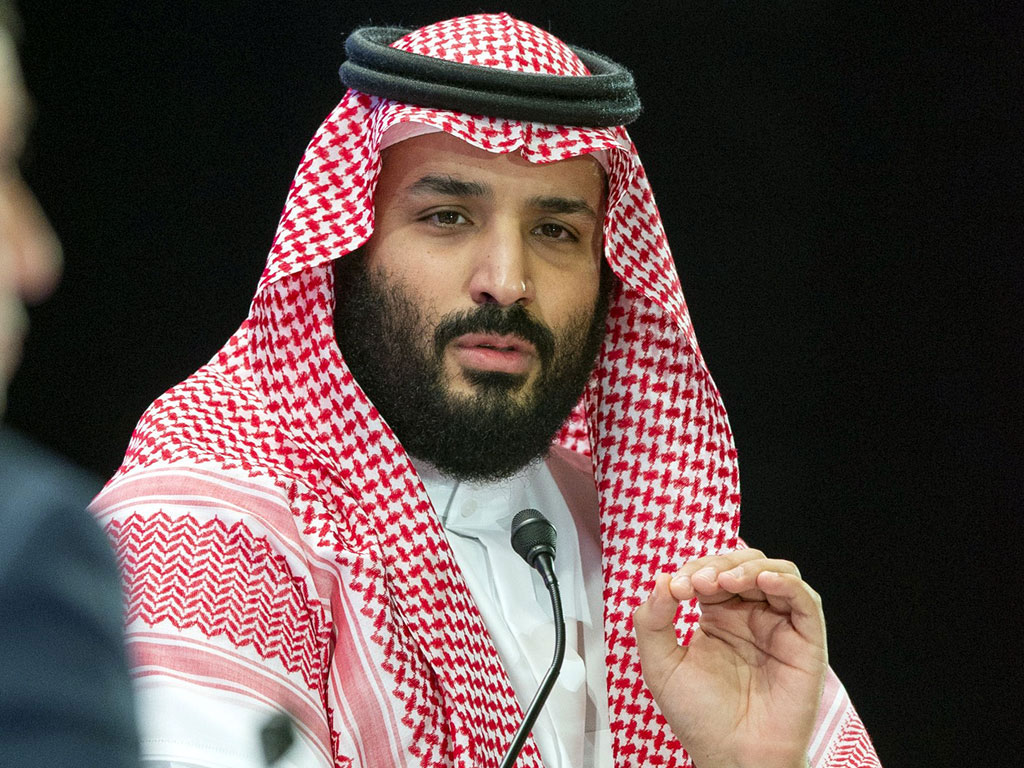 That war in the Gulf region would gut world economy is a fact. But this war is avertable, and for that Saudi Arabia has asked the world to "come together to deter Iran," adding that it preferred a "political solution to a military one". The latest Saudi position has been volunteered by the all-powerful Prince Mohammad bin Salman in a CBS programme, "60 Minutes". The oil attack would hit heart of global energy industry, he said, adding that "oil supplies will be disrupted and oil prices will jump to unimaginably high numbers that we haven't seen in our lifetimes". To this grim warning, Iran is not absolutely indifferent; located on the other side of the Gulf, its leadership too is thinking on the same lines. "If Saudi Arabia is really pursuing a change of behaviour, Iran welcomes that," said a government spokesman in Tehran. MBS also said President Donald Trump should meet Iranian President Hassan Rouhani "to craft a new deal on Tehran's nuclear programme and regional activities". But despite efforts made last week during the UN General Assembly session when the Iranian leader was in the United States to bring the two together, the meeting did not materialise. The ground reality then seems to indicate that while both Saudi Arabia and Iran would like their differences settled "politically" a few others, having strategic interests in the Gulf region, are not equally concerned. They seem to be unmoved by the dire aftermath of war in the Gulf region, as it would not only negatively impact the state structures in oil-producing states but also help Iran reactivate its nuclear-weapon programme. Also, now that the promoters of proxy wars see chickens coming home to roost a kind of stark realisation has dawned on them that the mischief is too contagious.

So far, on 'who launched attacks on the Saudi oil facilities' question, the jury is out. While the United States, Saudi Arabia and some European governments have blamed Iran for the attacks the Islamic republic has firmly rejected the allegation. But its proxy in Yemen, the Houthi group, has owned the attacks, buttressing its claim by showcasing release of hundreds of detainees. According to its statement on September 20, it would halt missile and drone attacks on Saudi Arabia if the Saudi-led Arab alliance stopped its operations in Yemen. And as Riyadh and Tehran contest each other's take on attacks on oil installation the outside world would like to know if Saudi oil is more important than the blood of the Yemenis.

If Prince Mohammad bin Salman wants the world at large to comprehend his government's response to the attacks on Saudi oil facilities he is no less keen on widening the window on the evolving socio-cultural ambience in the kingdom. Unlike ever before, despite some resistance from the ruling elite, he has begun escorting the hermetically-concealed Saudi Arabia unto the world of today. Only last week, he invited the people from across the globe to visit the kingdom as tourists. Earlier, he had introduced a series of reforms to help womenfolk become equal stakeholders in the otherwise male-dominated socio-cultural activities. No surprise then he encouraged the CBS interviewer to talk about the murder of Jamal Khashoggi, a Washington Post columnist. Asked how his killing could have happened without him knowing about it, MBS replied: "Some think that I should know what 3 million people working for the Saudi government do daily. Investigations are being carried out, and once charges are proven against someone, regardless of their rank, it will be taken to the court." Moreover, he did not defend the detention of a human rights activist, saying the case is before the court, but as for accusations that she had been tortured in prison he would "personally" follow up on accusations. In totality, what MBS said indicates that the Saudi government is prepared for talks with Iran, to which Iranian leadership is ready to positively respond. But that doesn't seem to be in the interest of powers who want to sell more arms to the kingdom and other regional sheikhdoms and also take out the nuclear teeth of Iran. A question then is how far Prince Mohammad bin Salman would be allowed to go in search of a friction-free Gulf?

US Senators undertake fact-finding visit to AJK: protesters stopped from moving towards LoC