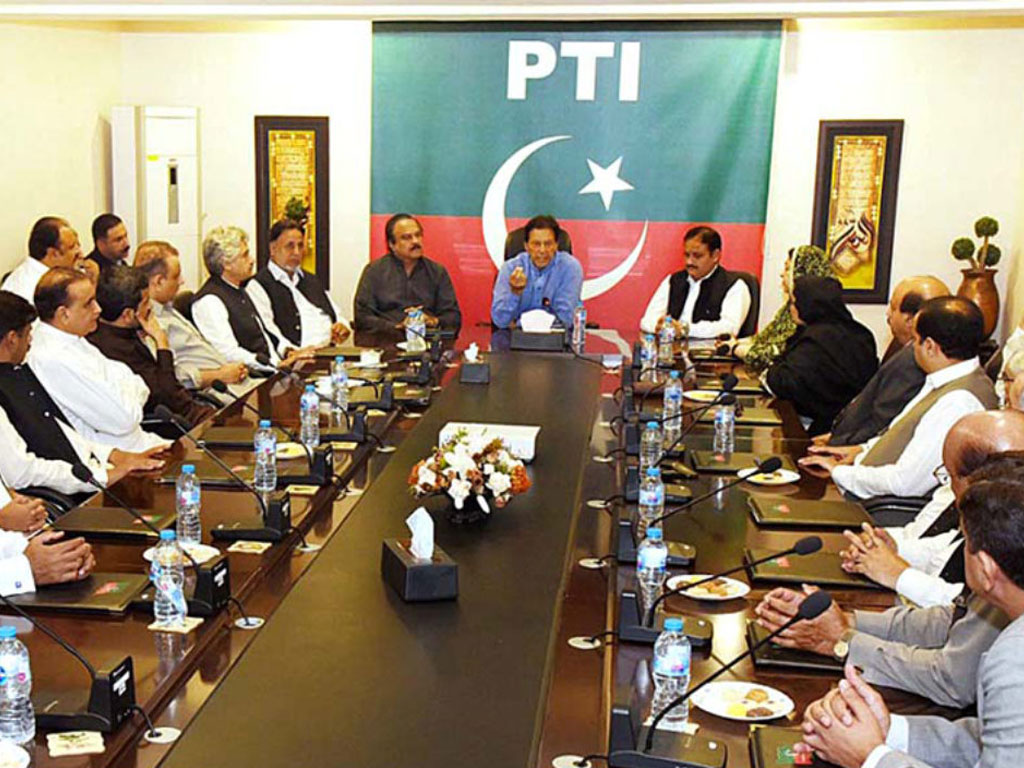 Prime Minister Imran Khan, fully aware of the financial and human cost associated with governance issues during his predecessors' tenures was emphatic about ensuring meritocracy and accountability not only within the ranks of the cabinet but also within the civilian establishment, if elected to power. Dr Ishrat Husain appointed as Advisor to the Prime Minister on Institutional Reforms and Austerity soon after Imran Khan took oath on 18 August 2018 may have shared his report and recommendations with the Prime Minister but the only component of the report that has been made public is his suggestion that the National Accountability Bureau (NAB) be disallowed from apprehending senior bureaucrats who, such is the consensus within the PTI ranks, have ceased to work because of fear of an investigation by NAB; and there are also claims that the PML-N, in power in Punjab for the past 8 years, had appointed their loyalists at key positions in the bureaucracy which accounts for their lack of performance during the PTI government. These two reasons have been repeatedly expressed by the Prime Minister himself as the root cause of poor governance.

There are, however, instances where the PTI government is not using the administrative machinery put in place by the previous administration. An example is the dengue prevention strategy launched successfully by Shahbaz Sharif whereby he established standard operating procedures for prevention and control of dengue that included an alert generation team, focused on an area where a dengue patient resided within 14 days of developing a fever.

Cases of police brutality also continue in Punjab and what is baffling is the sustained failure of the Prime Minister to implement the same police reforms as he had implemented in Khyber Pakhtunkhwa (2017) that are widely believed to be one of the key factors in the PTI's electoral victory in the province. Imran Khan's reaction to cases of police brutality has been disturbingly similar to what was witnessed during previous administrations and if the Model Town massacre during the Sharif tenure shocked the nation so did the Sahiwal and Salahuddin murders. Additionally, there are instances of PTI politicians, and their allies, insisting on having a say in key police appointments in various parts of the Punjab and subsequently using them for personal motives. Political considerations have clearly taken a front seat to manifesto commitment to justice and accountability.

Thirteen months after Imran Khan took oath as the country's prime minister, issues relating to poor governance persist to dog his administration. To argue that the Prime Minister lacks the necessary experience is a valid consideration; however it may be recalled that in the past, the inexperienced chief executives of the country did learn the ropes within one year of their assuming power. There are few doubters that the Prime Minister himself is an honest man, frugal to the level of being stingy with government resources, however his inability to improve governance is tacitly acknowledged by himself and party members who constantly cite the aforementioned two reasons for poor governance.

Unfortunately, what the Prime Minister has ignored to date are two elements associated with his administration. First and foremost, the number of cabinet members (29), advisors (5), and special assistants (15) are the largest number ever in the history of this country. There are concerns that some have been extended the highest level of security clearances without due process/investigation (that may rival those extended by President Trump to members of his immediate family) yet it has to be acknowledged that many work on an honorary basis. But then to maintain that they cost the taxpayers' nothing is simply not true as they all enjoy perks that most people would be willing to pay for to avail.

Secondly, the governance of members of the cabinet has been appalling. Perhaps the man praised the most by the Prime Minister, during federal cabinet meetings as well as in tweets, is Omar Ayub, the Minister for Power, with relevant past experience, unlike many of his other cabinet colleagues. He has persistently claimed that he has cut down on electricity theft and saved the country around 80 billion rupees; however, what he has not highlighted is the fact that circular debt, a major indicator of poor governance of the entire sector, has actually risen from around 1.1 trillion rupees at the start of this administration to 1.6 trillion rupees today.

There is also mounting evidence that the economic reforms agreed by the newly-installed economic team would have serious socio-economic implications and in this context, one would hope that the Prime Minister relies on alternate sources of information about the state of the economy and on implications of decisions as they are taken including the decision to double the petroleum levy for October instead of pass-through of benefit of lower oil prices as determined by the Ogra. The question why petroleum levy has been increased and not the sales tax has an easy answer: petroleum levy is not shared with provinces.

There is, therefore a greater need to streamline rather than to reshuffle cabinet members and at the same time the Prime Minister must surely be aware that corruption is rooted in complicity of bureaucrats and hence there has to be some mechanism of accountability. Perhaps NAB is no longer the right forum as its partisanship has become suspect; however, there is a need to ensure that institutional reforms be put in place that would ensure merit and accountability in appointments while those complicit in corruption, be they cabinet ministers, senior bureaucrats, or anyone else, are held accountable.