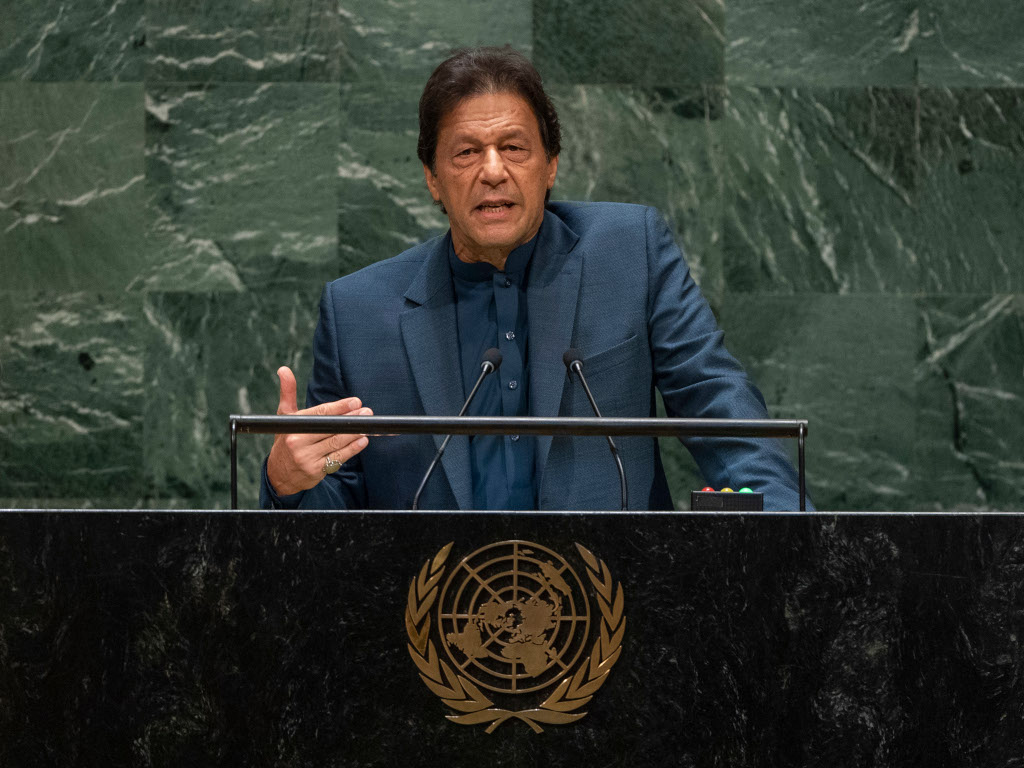 Prime Minister Imran Khan's maiden speech at the UN General Assembly was a passionate and reasoned advocacy of the case on Kashmir and the dangers of tensions between Pakistan and India over the August 5, 2019 annexation of the only Muslim-majority state by Prime Minister Narendra Modi's government escalating into armed, and God forbid, nuclear confrontation. The speech has been widely welcomed and well received. However, even if it succeeded in rattling the conscience of the world, it did not, and cannot, change the ground realities. Earlier, Modi in his address to the General Assembly had avoided even a mention of Kashmir, confining his remarks to the purported danger of 'terrorism', by which he was alluding to the Indian fable of fighters being infiltrated by Pakistan into Indian Held Kashmir across the Line of Control. The fact, however, is that Imran Khan has consistently been arguing against any crossing of the Line of Control by anyone since this would invite even further repression of the people of Indian Held Kashmir and FATF action against Pakistan. In fact, when Imran Khan delineated this policy of restraint the other day, it found favourable mention by Alice G. Wells, US Deputy Secretary of State for South Asia. Ms Wells on September 27, 2019, after Prime Minister Imran Khan's speech in the General Assembly, chimed in with a call to India to quickly ease woeful restrictions on Kashmiris. Subsequently, at a presser, she said that prime minister Imran Khan's commitment "to prevent cross-border terrorism", if implemented, would provide a strong basis for India-Pakistan dialogue. Although US officials, from President Donald Trump downwards, have been making sympathetic noises about the situation in Kashmir and Pakistan's concerns around the issue, not much can be expected to move, not even Trump's 'mediation' offer, which India, in line with its long standing policy of rejecting third party involvement, categorically ruled out. Frustration and anger at the treatment being meted out to the people of Indian Held Kashmir has boiled over in Azad Kashmir, with people planning to gather at the Line of Control to cross over in solidarity with the suffering people on the other side. Pakistani military authorities have stated clearly that no such potentially incendiary step will be allowed, despite some understanding in official circles as to what is giving birth to such extreme ideas.

Now that the excitement around Prime Minister Imran Khan's speech at the General Assembly is subsiding, as it must in the cold, clear light of the days after, it is worthwhile examining what exactly are Pakistan's options. First and foremost, India, exercising its right of reply to Prime Minister Imran Khan's address, focused, not unexpectedly, on the same 'terrorist' refrain by asking, "Can Pakistan confirm it is home to 130 UN-designated terrorists and 25 terrorist entities?" The fact is that India's 'terrorist' mantra is out of date, since the powers-that-be in Pakistan have distanced themselves from any such individuals or entities. India's 'defence' of its indefensible position in Kashmir therefore is currently irrelevant. What is relevant currently is the possibility that nearly two-month-old repressive measures by New Delhi are unsustainable for long. Imran Khan in his address warned of the possibility that when the curfews and other restrictions are lifted, the Kashmiri people will come out to resist and a 'bloodbath' could ensue. That would raise the temperature beyond control if cooler heads do not prevail. Pakistan and the people of Kashmir's interests are best served by continuing with diplomatic and political support to the struggling people of Kashmir on every available forum without indulging in any adventurism in anger that could cause things to spiral out of control in a hair-trigger, tension-ridden situation.