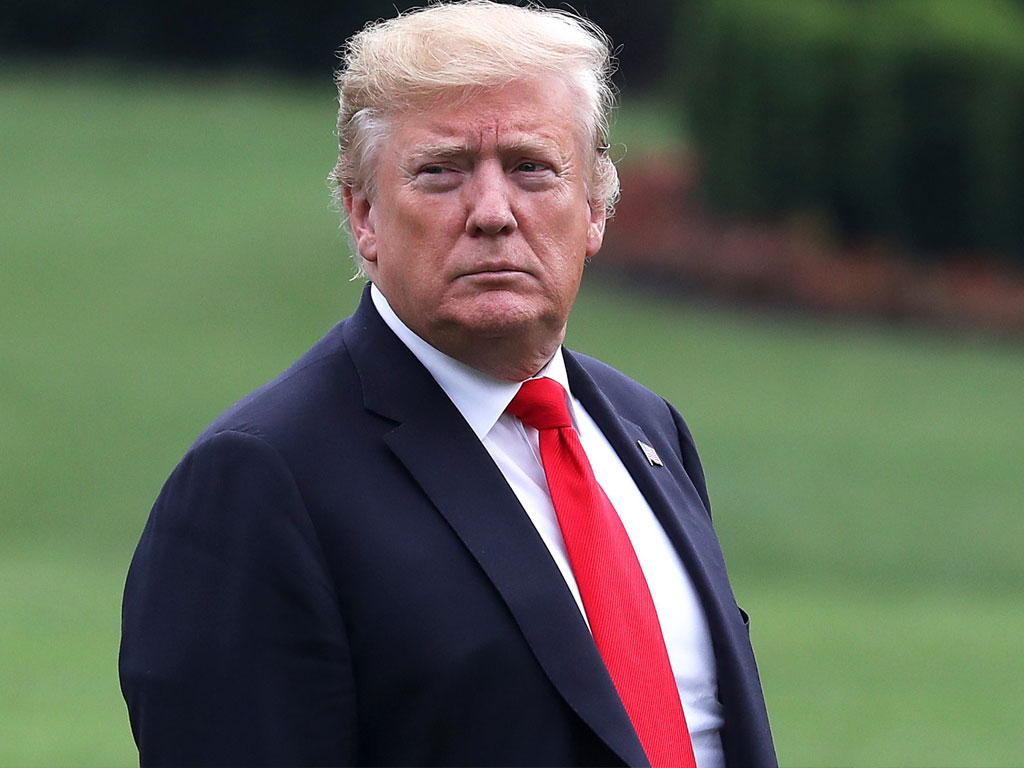 US President Donald Trump in his speech at the United Nations General Assembly reiterated the theme that resonates with his loyal support base: nationalism ensures the greatest good of the greatest number within countries as opposed to the policy of globalisation expounded by the world leadership in the pre-Trump era. "The future does not belong to globalists. The future belongs to patriots. The future belongs to sovereign and independent nations," he added. Trump then proceeded to denigrate international organisations, including the UN by referring to the international arms trade treaty (designed to regulate trade in conventional weapons with 104 countries having ratified it and 32 have signed it) negotiated under the auspices of the UN by maintaining that "there's no circumstance under which the United States will allow international entities to trample on the rights of our citizens, including the right to self-defence." And the World Trade Organisation by accusing it of failing to check, according to him, Chinese economic practices of unfair trade practices, including theft of intellectual property rights.

Globalisation premised on the information technology revolution has served as a catalyst for electronic connectivity with massive enhancement of data sharing thereby altering the production function. Trade as a means to ensure that the cheapest products would be available to the people of any country through up to date information on the internet would not only check domestic inflation but also corruption. But this does not follow in every situation, Jo Stiglitz, the Nobel laureate, argues stating that, "globalisation today, however, negatively impacts on the middle and working classes throughout the world, in advanced and underdeveloped countries alike. The lines of conflict run between the left-behind workers around the world, on the one hand, and corporate interests, on the other," but then proceeds to argue that "a fairly managed globalisation could actually serve the interests of a broad swath of the world's population." Stiglitz laments populist leaders like Trump (and one would assume Boris Johnson considering the possibility of a no deal Brexit) whose decision to re-erect "national borders protected by trade tariffs and perks for the hardest-hit domestic industries," are wrong; and Trump must understand that trade wars, including the ongoing trade war with China, "have something in common with real wars...almost always, everybody - all countries engaged in the war - lose."

The problem of globalisation is more acute in developing countries. Pakistan as an example has suffered from the WTO regulations with respect to trade in textiles that are more beneficial to importers in the West rather than to producers in this country. But as stated by Stiglitz, the way forward is not to abandon the policy of globalisation but to better manage it to ensure that the benefits of globalisation are more evenly distributed worldwide.

Trump then proceeded to attack Iran though perhaps to the relief of many he did not dwell on recent strikes against two of Saudi Arabia's oil facilities and refrained from reiterating his Secretary of State's statement that it was 'an act of war' though he referred to Iran's "blood lust." He held out hope for a rapprochement and stated that "many of America's closest friends today were once our greatest foes. The United States has never believed in permanent enemies. We want partners, not adversaries. America knows that while anyone can make war, only the most courageous can choose peace."

Trump also talked about refugees and praised the steps taken by Mexico to contain the influx of migrants into the US. "Many of the countries here today are coping with the challenges of uncontrolled migration. Each of you has the absolute right to protect your borders. And so, of course, does our country." One would hope that the fencing of our borders with Afghanistan as well as the speedy repatriation of more than 2 million Afghan residents in Pakistan today is part of any future negotiations.

To conclude, President Trump's speech did not lay the foundation for any shift in his ideological commitment to nationalism, trade war with China, and disallowing migrations. The stage he set in his speech was for his re-election bid in 2020.