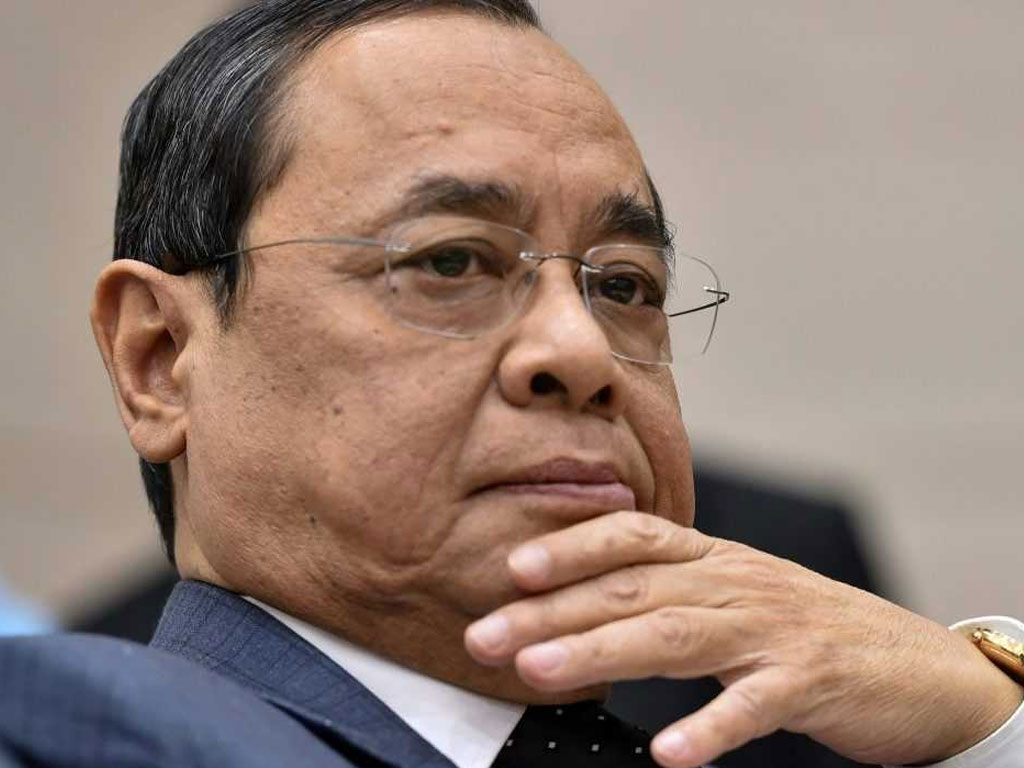 India's Chief Justice Ranjan Gogoi seems to have lived up to his unsavoury reputation. Hearing a petition challenging the detention of children in Indian-held Kashmir on Monday, he said he may visit Srinagar, if needed, to know how come the regional high court is not accessible to people. He ordered the Modi government to restore normalcy to IoK. He also asked New Delhi to restore communication channels, open schools and provide healthcare facilities to people. But this, he said, should be done "keeping in mind the national interest and internal security". Simply stated, the Chief Justice wants what Prime Minister Modi wants - that the residents of Occupied Kashmir should give up protesting against revocation of their State's special status under the constitution and stop fighting for their homes and farms. They want the Kashmiris to reconcile with their new status, welcome the carpet-baggers from New Delhi and Mumbai and over the time become a minority. But that is not acceptable to Kashmiris, and therefore they vow to stay on the streets to face tear-gassing and pallet-shooting. Not that Chief Justice Gogoi wants to give relief to the people of Kashmir; what he wants is normalcy to help Narendra Modi consolidate his illegitimate gains. Surprisingly, our foreign minister has not been able to see through this deceptive court order. He said the Indian court's verdict is an affirmation of the stance Pakistan had taken on the issue of Occupied Kashmir. True, Pakistan wants normalcy to return - and so do many other governments and human rights organisations. But they also expect chief judge of the world's so-called largest democracy to declare the Modi government's abrogation of Article 370 unconstitutional and therefore null and void. If Chief Justice Gogoi ordered restoration of normal conditions he also added a proviso to his order by saying the drive for normalcy should in no way undermine India's 'national interest'. There may be "division of opinion in India over the polarizing policies of premier Modi", but to see this court order as its manifestation is nothing but crass gullibility.

India seems to be persevering, albeit unsuccessfully, in its draconian scheme of securing Kashmiris acceptance of their changed position in the Indian Union by use of force. Kashmiris violate curfew, hold protests and engage soldiers in street fights. How much brutalized are the people of Occupied, a recent report by French news agency AFP says it all. "The soldiers came after midnight," says Abid Khan, his hands trembling. He was dragged out and blindfolded along with his brother. They gave electric shocks to his brother right on the road outside. "I heard him scream painfully". But once inside the nearby Chowgam army camp, the soldiers stripped Abid Khan naked, tied up his legs and wrists, suspended him and beat him with rods. One of them said "I will make you impotent". The people in Hirpora say they often hear screams from army camp at night. Sajjad Hyder Khan, a local official in Pinjoora village, said he has seen a list of 1800 people detained by police and soldiers from Shopian alone. "In my humble subdued voice, all I can say is that the pressure is there to prevent people from protesting". Let normalcy return, and let people resume normal lives. But will then Chief Justice Rajan Gogoi go after these blood-thirsty hounds and try them as war criminals?