In defence of economic policies 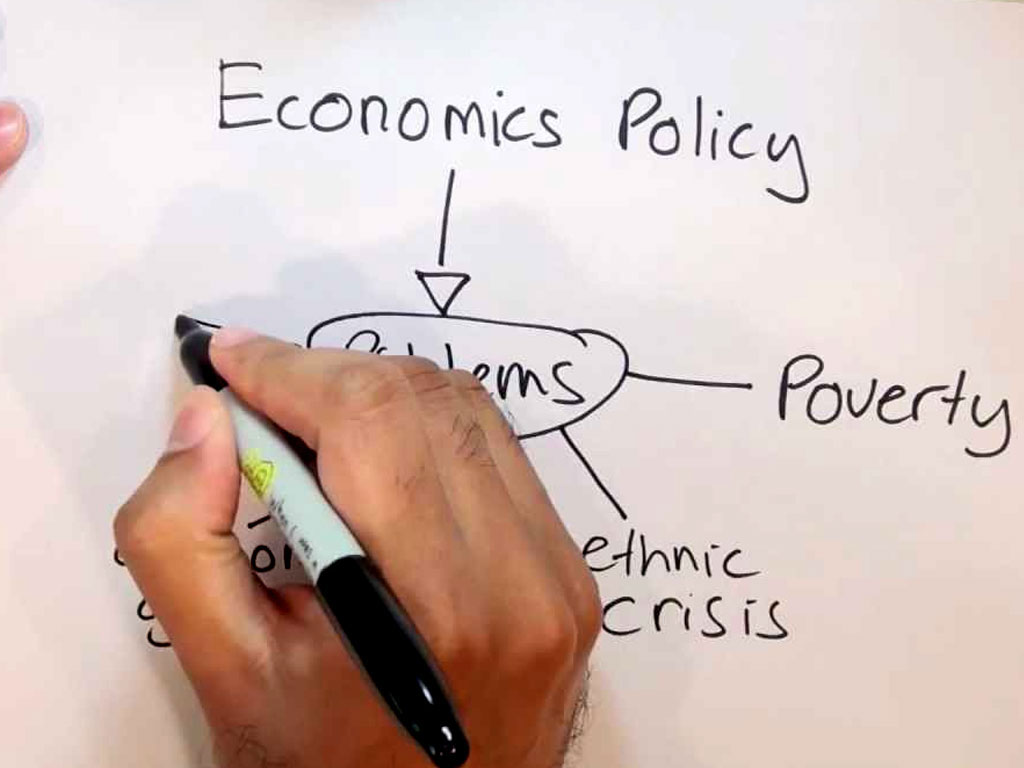 Advisor to the Prime Minister on Finance, Hafeez Sheikh, flanked by the Chairman Federal Board of Revenue Shabbar Zaidi and Secretary Finance Naveed Kamran Baloch reiterated platitudes yet again in defence of the agreement reached with the International Monetary Fund (IMF) on 12 May concluding that the economy is on the path to stability. His press conference raised speculation that he had to interact with the media yet again at the insistence of the Prime Minister who is currently being subjected to two diverse narratives with respect to the state of the economy: one presented by his economic team that all is, as it should be and, the other by members of the cabinet in their interactions with their constituents.

Sheikh correctly pointed out that the current account deficit for the month of July 2019 declined by over 70 percent in comparison to July last year. The reason for the shrinking of the deficit is mainly attributable to two prior conditions of the IMF that were implemented by the State Bank of Pakistan (SBP): allowing a market-based exchange rate effective middle of May and raising the discount to reach a positive real rate of return (in May and then again in July). By end July, the consensus amongst independent economists and the business community was that the SBP had over-corrected in terms of these two policies as the rupee was undervalued while the discount rate was four to five percentage points positive as it was erroneously linked to the Consumer Price Index (13 percent projected for the entire year though estimated at around 11 percent in July) instead of core inflation (under 8 percent). These over-corrections resulted in a massive decline in imports, including raw material and machinery imports with a major negative impact on private sector productivity and therefore employment, while exports increased only marginally in dollar terms - 234 million dollars (from 1.636 billion dollars in July 2018 to 1.87 billion dollars in July 2019) though the percentage raise of around 14 percent was more impressive but that was due to the low base.

Be that as it may, the Advisor pledged to ensure that refunds would be promptly paid and this decision, if adhered to, would ease the liquidity problems facing many industrialists forced to rely on borrowing. In this context, it is relevant to point out that previous administrations failed to release refunds as budget deficits rose to unsustainable levels and given that the agreement with the IMF is premised on inaccurate data, for example, the budget deficit has been estimated at 8.9 percent for last year instead of 7.2 percent claimed back in May, the possibility of a rise in pending refunds does exist.

Hafeez Sheikh also claimed success in raising revenue with Shabbar Zaidi maintaining that around a Rs 4 billion to 5 billion additional amount had been generated from the increase in the number of filers from 1.9 to 2.5 million. Again this has to be supported but with a target of 5.5 trillion rupees for the current year (with the growth rate projected at 2.4 percent) compared to the revised figure of 4 trillion rupees last year as revealed in the consolidated federal and provincial budgetary operations (instead of 4.39 trillion rupees estimated in the budget for 2019-20) the goalpost has shifted to make the target for the current year even more unrealistic. In what is by now typical Hafeez Sheikh style, he then proceeded to claim that the growth rate would be higher than projected without bothering to back this claim with any data or trend in data.

The advisor further stated that the government is focused on reducing expenditure and mentioned a decline in the expenditure by cabinet members; however, the cabinet including advisors and special assistants number the highest ever in the history of this country which begs the question as to whether the total outlay on the cabinet has indeed declined and needless to add, this data was not shared with the media. Sheikh did not explain what budgeted expenditures would be slashed especially given that current expenditure for last year was estimated at 7 trillion rupees in the consolidated budgetary operations statement (as opposed to the much lower revised figure in the budget documents of 5.589 trillion rupees). In the current year, the government budgeted 7.2 trillion rupees for current expenditure which would have to be raised if social sector expenditure is to be doubled in line with the Prime Minister's vision, subsidies have been budgeted to rise by around 16 billion rupees and a 200 billion rupee increase in development expenditure is envisaged. Nowhere in the budget documents is there any indication of lowering expenditure.

That leaves non-tax revenue as the only source of revenue that could be generated without burdening the taxpayers and the business community. Sheikh did not clarify whether the one trillion rupee non-tax revenue is in addition to what is in the budget (894.4 billion rupees). Some discrepancies need to be pointed out. First, the Advisor mentioned 300 billion rupee from sale of two RLNG plants, a sale that was also envisaged by the previous administration. It is not clear whether this would be achieved in the current year though one would assume that there would be no hindrances in this regard. Another 200 to 300 billion rupees is estimated from cellular licences. SBP profit is estimated at 406 billion rupees in the budget which was highlighted by the Advisor.

And finally, the letter of intent submitted to the IMF signed by the Advisor and the SBP Governor indicates a total of 17.5 billion dollars from bilateral and multilateral sources excluding the Fund - an unprecedented high amount though not enough to meet the targeted budget deficit of 7.2 percent of GDP. Sukuk worth 300 billion rupees and borrowing from foreign commercial banks of 450 billion rupees at least has been indicated in the budget while the actual amount would be adjusted as per the changing requirements due mainly to the disparity between the claims made in May to the IMF and the actual budgetary operations data for 2018-19 released a few weeks ago.

Hafeez Sheikh claimed that the IMF mission currently in the country is a routine one though the programme documents specify that the first review staff mission would take place on 6 December. Reports not denied by the Ministry of Finance state that a video conference took place a week ago raising speculation that the 16 to 20 September visit of the mission may be focused on a revisit to the programme targets that were based on inaccurate data for 2018-19.