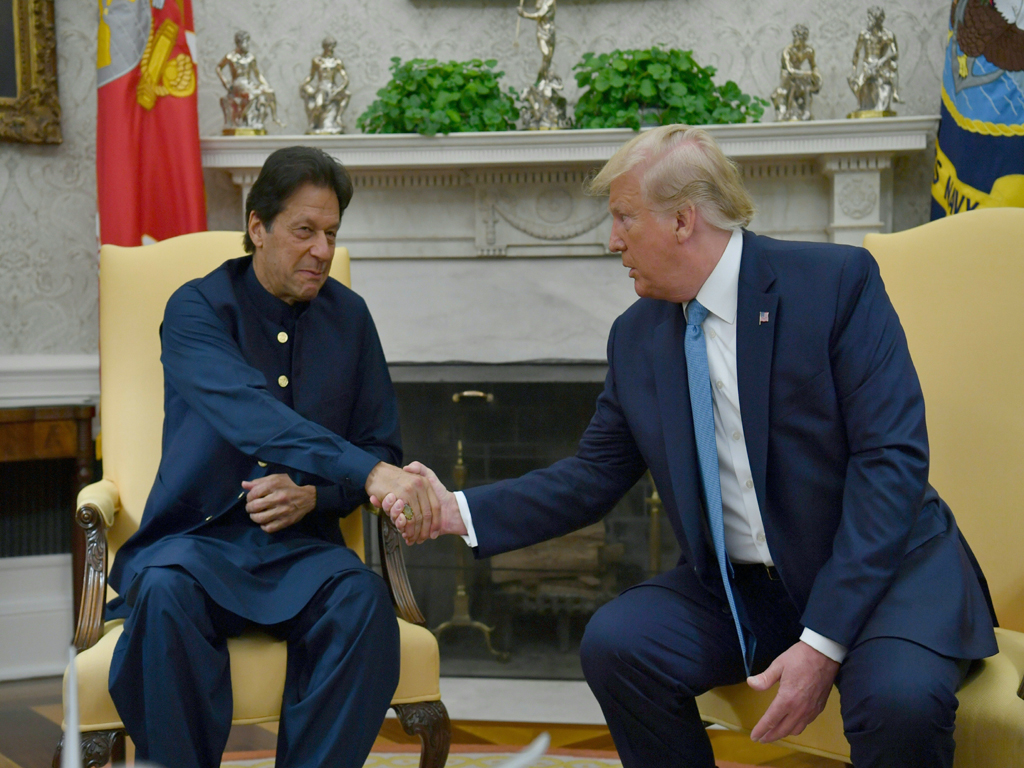 After Prime Minister Imran Khan's return from his US visit, both sides have expressed their desire to reset mutual relations that have been dogged by friction for years, which was exacerbated by US President Donald Trump's statements and actions to punish Pakistan for alleged double-dealing vis-à-vis Afghanistan. The US State Department's spokesperson Morgan Ortgus said the two countries seek to advance their shared priorities. The priority for Washington, it is obvious, is extrication from the long running Afghan war. The future relationship between Pakistan and the US depends critically on the outcome of that effort, for which Imran Khan has stated he would be meeting the Afghan Taliban to persuade them to do whatever is necessary to find a political solution to the war and restore peace, including talking to the Afghan government, something the Taliban have been resisting so far on the grounds that Afghan President Ashraf Ghani's government is a puppet. The Taliban have expressed their readiness to meet Imran Khan when invited for talks. The prime minister has also hinted that two western hostages (one American) long held by the Taliban are likely to be released soon. In turn, the US has restored technical support for Pakistan's F-16 fleet. The Pakistani Foreign Office's spokesman Dr Mohammad Faisal has emphasised the ties reset and the desire of both countries to move forward on the basis of mutual respect. He noted that the 'do more' mantra was now history, and a mechanism would be set up to follow up on the understanding reached in Washington. Comprehensive talks would be held, focused on building a broad-based and enduring partnership. Dr Faisal welcomed Trump's mediation offer on Kashmir while expressing surprise at India's fierce reaction. China and Turkey have welcomed the development and the former has reiterated its hope that Pakistan and India can settle their mutual problems through dialogue.

There is no denying the fact that Prime Minister Imran Khan and President Donald Trump struck a good rapport but it remains to be seen if that is sufficient to restore a rocky relationship that has seen more than its fair share of ups and downs. The description usually used to describe Washington's approach to relations with Pakistan is 'transactional', which means the US has wooed Pakistan when its interests so dictated and 'dumped' it when the immediate objective has been achieved. The question now is, has that changed? Or is it the case that Washington needs Islamabad to help pull its chestnuts out of the Afghan fire, and once that is accomplished (with as much face saving for the US as possible), will the relationship once more revert to its historical pattern? One should not lose sight of the fact that the US is the pre-eminent global power whose interests straddle the world. That diversity of interests (with the US's hegemony centre-stage) means the interests of the US and Pakistan can only flourish when the two countries' policies are aligned and converging. Starting from our becoming part of the US alliance against communism in the shape of SEATO and CENTO in the 1950s to the twists and turns in the alliance during the Afghan wars, the divergences between the two sides have been just as evident as the convergences. Islamabad claims the right of a relationship based on mutual respect, but the ground reality is that a relationship between a superpower and a third world country inherently implies elements of a clientist outcome. Whatever softening up and actual or declared easing of restrictions and help for Pakistan is being mooted by Washington presently will only be really tested when the Afghan imbroglio (hopefully) is out of the way. It is only then that the soft cooings on either side will be truly tested, verified, or negated.