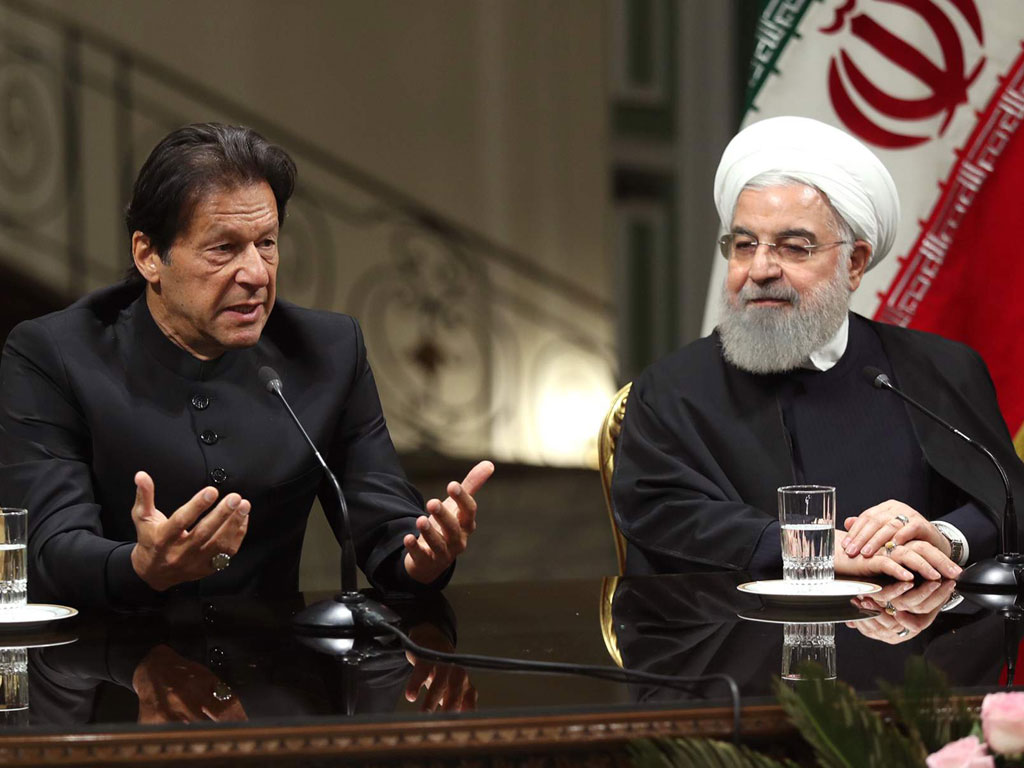 Prime Minister Imran Khan's just concluded two-day visit to Iran is notable for the candor with which he spoke about the problem causing mistrust and tensions between the two neighbours. Addressing a joint press conference with Iranian President Hassan Rouhani, he acknowledged that Iran had suffered from terrorism perpetrated by groups operating from Pakistan's soil. "We [need to] have trust in each other that both countries will not allow any terrorist activity from their soil," he averred, adding the most important reason he had come for a visit was the realization that the issue of terrorism was widening the real or perceived chasm between the two countries. For his part, while mentioning the recent tensions President Rouhani said Pakistan had agreed to proscribe terrorist groups involved in terrorism against his country, and that both sides had decided to establish a joint rapid reaction force for the border areas - an additional measure to an already upgraded security mechanism for heightened border surveillance, which includes a border fence and coordinated border patrolling.

Pakistan-Iran relations have remained strained for quite some time because of the activities of terrorist groups, mostly operating from this side of the border. First, there was Jundullah, claiming to fight for the rights of Sunni Muslim in Iran's Sistan-Baluchistan province, used our territory to launch attacks into Iran. In 2010, its leader Abdolmalek Rigi was arrested with Pakistan's help and executed by Iran. That though did not stop the activity. Other militant groups, such as the Jaish-e-Adl, kept causing violence inside Iran and kidnapping its border guards. Last February, a Jaish suicide bomber killed 27 members of Iran's elite Revolutionary Guards. Pakistan had its own reason for annoyance when an Indian RAW operative, working undercover in the Iranian port city of Chabahar, was caught in Balochistan fomenting terrorism. And a few days ago, a conglomerate of Baloch insurgent groups claimed responsibility for killing 14 members of Pakistan's security forces at the Makran Coastal Highway in Gwadar district. The day before the PM left for Iran, Foreign Minister Shah Mehmood Qureshi said at a presser that he had spoken to his Iranian counterpart telling him the Baloch insurgent groups which carried out the atrocity had training and logistical camps inside Iran, and that he was assured Iran would take action against them. Considering that Pakistan shares 909 kilometer-long border with its western neighbour, and there are many ungoverned spaces on this side, keeping it safe has not been easy, but it is too important to be left uncontrolled. The sincerity with which the Prime Minister talked about the issue, and the two sides agreed to undertake new security measures, should remove the trust deficit, opening up new avenues of cooperation between Pakistan and Iran.

The two sides also discussed ways of benefiting from a vast bilateral trade potential that has remained unexploited due to US sanctions against Iran as well as non-tariff barriers. President Rouhani offered to meet Pakistan energy requirements, saying his country is ready to increase its electricity export by 10 times, and also reiterated his country's interest in completing the much-delayed Iran-Pakistan gas pipeline, that though is unlikely to come to fruition anytime soon considering President Donald Trump has re-slapped sanctions on Iran, also withdrawing the oil imports waiver the US had granted certain countries, such as India. Nonetheless, bilateral trade should expand as the two governments have agreed to go around the US restrictions by setting up barter markets and maintaining barter accounts.